Oh boy. What a disaster the SimCity (5) launch has been. Lost cities due to servers not syncing, servers plain old not working, removing game features to try to alleviate server stress, buggy gameplay and graphics, shitty AI, the fact that little to no processing of the city simulation is done server side (removing the need to be “always online”), abysmal city sizes, and so much more that I can’t bear to think about another moment!

There is one thing however that is the real icing on this shit cake for me and that is this: 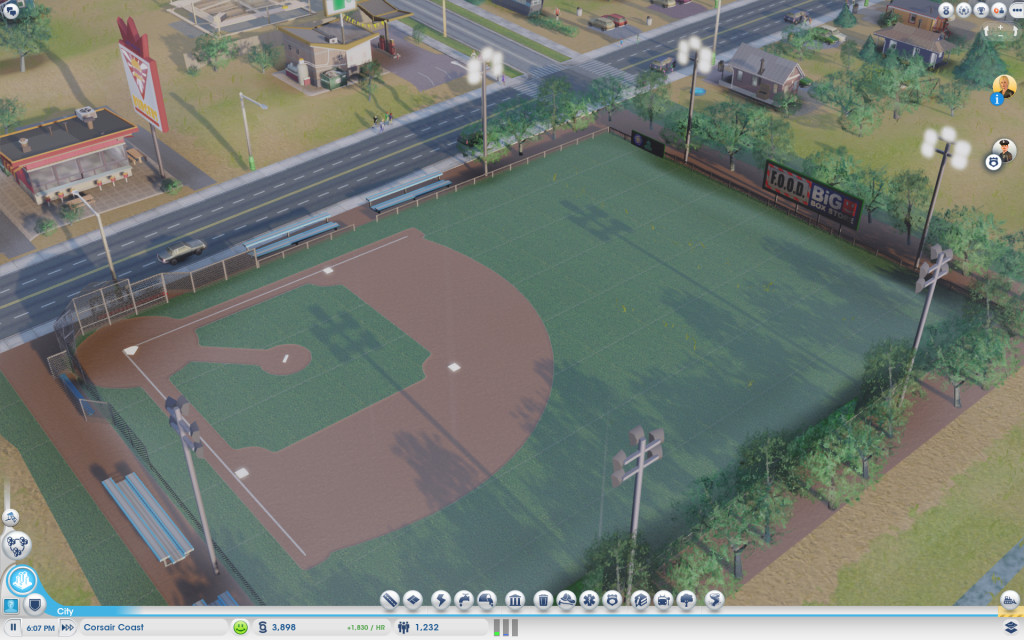 There are these very visible grid lines on any park lot that uses that particular grass texture (I would say almost all of them). No, these are not a poor representation of a trimmed lawn, there is a trimmed lawn texture on the Town Hall building. This is just a fucked up and fucking lazy texture job. This was present in both betas (I hesitate to call them betas, more like shitty demos) and, colour me shocked, not fixed for release.

Initially I gave it the benefit of the doubt and thought perhaps my graphics drivers were outdated, I did after all get the warning before starting the game for the first time that they were outdated. I updated my drivers and what do you know, there they still are. I then thought perhaps it was just me experiencing some sort of strange glitch, but then I started looking at screenshots others posted of their cities. I don’t think I need to tell you my absolute shock, disappointment, and utter sadness to see that everyone else had these lines in their grass.

I can trudge through the awful zoning and building placement, I can pretend to ignore the awkward grass patches and dirt border between high (and all for that matter) density buildings, I can sigh my way through a traffic jam caused by a garbage truck that in turn makes my entire city burn down because firetrucks are stuck behind it, but these fucking lines in the park is literally the line that broke the mayors back.

As I write this tragedy by candle light, EA is bathing in the money of suckers who wanted to play, what they thought, was going to be the best thing since SimCity 4. I want to like this game, I really do, but it’s so fucked right now I’m not sure what EA/Maxis can do to salvage it.