I recently put up a new map for download, the Isolated Island Fort. Check it out!

I’ve also been enamored with a new program called Chunky. It was created by a Swedish guy named llbit and it’s possibly the easiest and most convenient way of rendering scenes from Minecraft maps.

Here are a few examples of the kind of things Chunky can do: 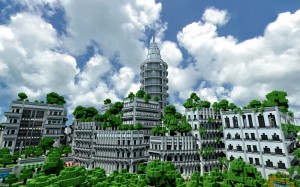 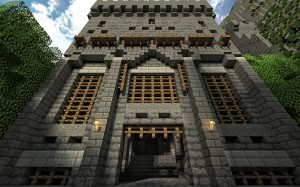 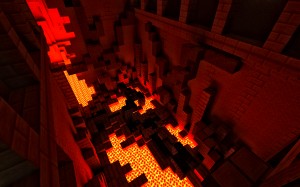 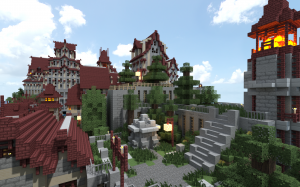 With it you’re able to control the sun’s xyz coordinates and intensity, emitter (torches, glowstone, fire) intensity, skybox texture, lighting colour as well as the camera fov, dof and focus.

It’s a “ray trace” type of render, I don’t know what it means but it looks cool as fuck. It’s being constantly updated by llbit and new features/tweaks are added with each version. The other half of the program allows you to cut, copy, paste, remove, and prune chunks in a map. I just learned this and it blew my mind that I don’t have to use MCEdit anymore.

I put up a whole new gallery of all the renders I’ve made, check it out!